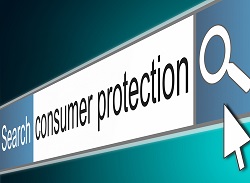 Under federal law, the Consumer Financial Protection Bureau (CFPB) was required to investigate the controversial topic of forced arbitration.  Arbitration is a method of resolving legal disputes that does not involve traditional courts.  Rather, the parties bring their issues before a neutral third party arbitrator who makes a decision in the case.  The parties are typically bound by that decision.

Forced arbitration is the process by which a consumer who has suffered harm caused by a company is required to address their grievances through arbitration, rather than having the constitutional right to a jury trial.

In its report, the CFPB found that many consumers who could traditionally have brought a lawsuit against a corporation failed to do so when they were required to attend binding arbitration.  Other studies have also concluded that forced arbitration is unfair to consumers, as the company typically hires the arbitrator.  One study concluded that the company wins in 94% of cases.

The Alliance for Justice now advocates for the CFPB to take their investigation a step further and ban forced arbitration clauses when it comes to consumer financial products.  According to federal law, this is within the power of the CFPB if the bureau finds it would be in the public interest to take such an action.  This step would hopefully help consumers to address harm they suffer through the traditional legal process.

If you have been injured by a consumer product, you may have a legal claim against the company that manufacturers the product.  Call Paul M. da Costa, Esq. at Snyder & Sarno, LLC today at (973) 274-5200 for help with your case.