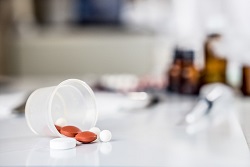 Unfortunately, in the medical field, doctors and other medical personnel often make mistakes.  Though we typically expect that physicians won’t make egregious errors, this is not always the case.  In a recent Delaware case, doctors prescribed nine times the normal amount of an antibiotic to a woman suffering from an abdominal infection.

As a result, the woman suffered severe harm to her inner ear causing serious balance issues.  She sued the hospital where she was prescribed the medication in 2010.  Recently, the jury returned a verdict in the case.  The hospital was ordered to pay $1.7 million in damages.

When medical personnel make mistakes, patients often end up with lasting injuries.  Thus, it’s important to seek legal redress when you are injured because of medical malpractice.  If you think you may have a medical malpractice claim, call Paul M. da Costa, Esq. at Snyder & Sarno, LLC at (973) 274-5200.