Suicide Warning to Remain on Chantix 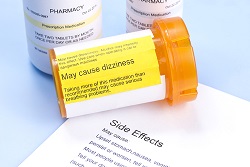 The Associated Press has recently reported that the Federal Drug Administration (FDA) has decided to keep a suicide warning label on the anti-smoking drug Chantix.  The label will also include updates such as warnings about the simultaneous use of Chantix and alcohol.

Chantix is commonly used in patients who want to quit smoking.  The drug works by binding to the receptors in the brain typically activated by nicotine in smokers.  Thus, the drug prevents certain “‘feel-good’ brain chemicals” from releasing.  Debate over use of the drug has circulated after some users reacted with suicidal thoughts, aggression, and other psychiatric symptoms.

Pfizer, the company that produces Chantix, recently completed a study where it found that users of Chantix were at no higher of a risk of suicidal thoughts or psychiatric side effects than was any other user of another “‘stop smoking’ treatment.”  The FDA, however, concluded that the study did not examine all types of side effects and had other features that prevented the FDA from conclusively determining that there is no risk to Chantix users.  Thus, the FDA chose to keep the suicide warning label on the Chantix product.

If you or a loved one suffered side effects, particularly psychiatric effects, after using Chantix, you may have a legal claim.  In order to gain compensation for any injury suffered, call Paul M. da Costa, Esq. at Snyder & Sarno, LLC today at (973) 274-5200.