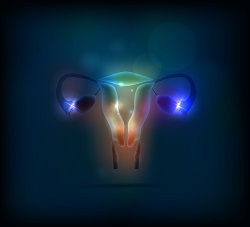 We have previously blogged about the ongoing debate over the use of power morcellators in a number of gynecological surgeries.  In particular, the device is typically used in laparoscopic surgeries of women undergoing hysterectomies or myomectomies.  It has recently been discovered, however, that the device can cause undetected cancer to spread throughout the female patient’s abdomen.  Thus, the FDA has investigated and regulated the use of the device and many doctors have withdrawn or lessened its use.

Two new studies also suggest that power morcellators should be used with caution.  One study conducted by researchers at the University of Michigan reported that there was a 1 in 368 risk that a woman undergoing a hysterectomy as a result of uterine fibroids would have undetected cancer unknowingly spread by the device.

Another study, published in the Journal of the American Medical Association of Oncology, reported that the risk of spreading undetected cancer is higher in women undergoing a hysterectomy as opposed to those undergoing a myomectomy, or just having fibroids removed from the uterus.  However, the study concluded that all risks increased with age.  In addition, researchers pointed out that the harmful effects of the device are still not well known.

If you or a loved one underwent surgery using a power morcellator causing undetected cancer to spread, you can gain compensation for your injuries.  The experienced attorneys at Snyder & Sarno, LLC can advocate for you.  Call Paul M. da Costa, Esq. today at (973) 274-5200.