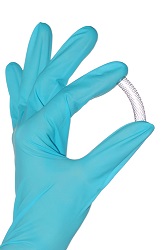 The implant is typically used to treat incontinence in woman and is often called a vaginal-mesh implant.  After use of such devices became popular, women began experiencing a number of complications, including damage to organs and painful sex as a result.  Many manufacturers began settlement talks over the devices once risks became apparent, but Johnson & Johnson refused to participate, even though the company had previously pulled four of its implants off the market.  Thus, the safety of the devices is still up for debate.

If you or a loved one suffered injuries after receiving a medical device implant, you may have a case to obtain legal compensation for your injuries.  Call Paul M. da Costa, Esq. at Snyder & Sarno, LLC at (973) 274-5200 for help with your case.