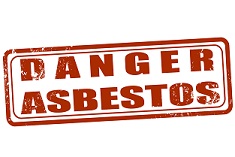 In a recently decided case, a jury awarded $6.5 million in compensatory damages and $1 million in punitive damages to a plaintiff who now suffers from mesothelioma due to his exposure to asbestos.  The award was divided into $500,000 for the plaintiff’s past pain and suffering and $4.5 million for future pain and suffering.  In addition, plaintiff’s wife was awarded $500,000 for past lost of services and $1 million for loss of future services.

The plaintiff claimed that he was exposed to asbestos while working for a heating and cooling company in New Jersey installing furnaces and boilers.  He alleged that manufacturers, in particular Pecora, a furnace cement manufacturer, used asbestos in the materials that he was working with.

In addition, the plaintiff also alleged that he was exposed to asbestos while working on cars.  Thus, he sued not only manufacturers of furnace cement and other furnace parts, but also manufacturers of certain car parts that allegedly contained asbestos.

In his suit, the plaintiff claimed that Pecora sold products containing asbestos despite knowing of their dangers.  Moreover, he alleged that Pecora only discontinued its use of asbestos when its insurance would no longer guard against risk from the harmful material.

Ever since asbestos was determined to be as dangerous a material as it is, plaintiffs have brought legal claims seeking redress for their injuries, which in many cases are very serious.  If you or a loved one has been injured by exposure to asbestos, you may have a personal injury claim.  Call Paul M. da Costa, Esq. at Snyder & Sarno, LLC today to evaluate your case.  We can be reached at (973) 274-5200.