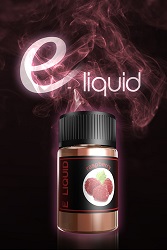 We have previously blogged about Congressional calls for regulation of e-cigarettes.  Because e-cigarettes are a new product on the market, there has yet to be any significant laws regarding their use or sale.  While proposed legislation has stalled, reports of a child death as a result of e-cigarettes have recently renewed those demands.

Last month, as reported by The Hill, a 1-year-old child in New York swallowed liquid nicotine, the substance used in e-cigarettes, and died as a result.  This incident spurred Senator Bill Nelson (D-Fla.) to reintroduce the Child Nicotine Poisoning Prevention Act.  The bill calls for childproof caps on liquid nicotine bottles.

Nelson introduced the same bill last year, but it did not pass.  Since then, Nelson and the American Association of Poison Control Centers have been working together to monitor and record the dangers of e-cigarettes to children.  In fact, poison control centers found that the number of reported cases regarding children under the age of six being exposed to and harmed by the chemicals used in e-cigarettes had nearly doubled from 2013 to 2014.  As a result, Congress is being urged to protect children by passing Nelson’s bill.

If your child was exposed to the chemicals in e-cigarettes and suffered harm, you may be able to gain compensation for his or her injuries.  Paul M. da Costa and the experienced attorneys at Snyder & Sarno, LLC can help you evaluate your case.  Call us today at (973) 274-5200.