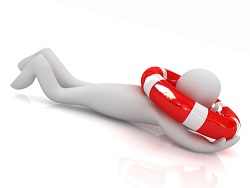 For years, cruise lines and ships were essentially immune from medical malpractice lawsuits against them when a passenger was injured at sea.  A line of court cases had consistently held that passengers could not expect medical treatment on a cruise ship to be as sophisticated as that on land.  In addition, courts said that doctors and nurses working on cruise ships were independent contractors that the cruise line had no responsibility for.  Thus, cruise lines were exempted from the traditional medical malpractice rules.

However, a recent appellate level court has reconsidered the exemption.  Prompted by a case where a man sustained a head injury aboard a ship and medical personnel on board failed to adequately treat his head injury causing death, a panel for the Eleventh Circuit Court of Appeals recently held that cruise lines should be held liable for any medical negligence that occurs on board.  In particular, because of modern technology, on-board medical facilities are often sophisticated, and moreover, doctors and nurses working on cruise ships are presented as cruise-line staff.

Nevertheless, the cruise ships dispute the ruling of the Eleventh Circuit panel, arguing that cruise ships should not be held to the same standards of hospitals.  Though the cruise lines plan to challenge the panel’s decision, it is unknown how they will fare in court.  Still, if the cruise lines are unsuccessful, the case could have profound impact in the medical malpractice field by opening opportunities for cruise ship patrons to obtain justice for being the victims of medical malpractice.

If you or a loved one was injured aboard a cruise ship and the medical staff was negligent in their treatment, it may now be possible for you to bring a medical malpractice suit against the cruise line and its medical staff.  Call Paul M. da Costa, Esq. and the experienced attorneys at Snyder & Sarno, LLC  at (973)274-5200 today for assistance.