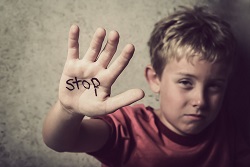 The Associated Press recently reported on the number of child deaths due to abuse and neglect that occur nationally, and more importantly, on the lack of intervention to prevent such deaths.  The study reported that there were 786 child deaths over a six year span.  In many of the cases, government agencies knew that the children were in danger, or had at least investigated the household in the past.

The report stated that there were a number of reasons why the system failed to prevent these children’s deaths.  For example, government agencies that investigate child abuse are understaffed and underfunded.  Moreover, case workers are overworked with a large number of cases.  In addition, those who answer hotline calls are typically not well trained, resulting in some serious calls being disregarded.

Furthermore, information regarding child abuse resulting in fatality is scarce, with some states reporting accurate data, while others have little information.  This problem exists even in the face of requirements that states receiving federal grant aid to operate a child abuse agency make such information available.  The federal government, however, has never withheld funds when a state failed to meet the requirements.

If your child or a loved one has suffered serious personal injuries or passed away as a result of a state agency’s failure to properly act and protect a child, please call the personal injury attorneys at Snyder & Sarno, LLC.  We can be reached at (973) 274-5200 or pdacosta@medmalattorneynj.com.