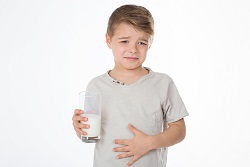 Bloomberg recently reported that at the American Heart Association’s annual meeting, which occurred this week, one topic of discussion was the effect of energy drinks on young children.  In particular, one study examined all poison control center calls involving energy drinks and found that half of all calls involved children under the age of six who had obtained the drink by accident.  More concerning was the fact that many incidents involved serious health risks including seizures or vomiting.

Of concern is the fact that energy drinks are not heavily regulated, making the amount of caffeine in the drinks unknown.  In addition, other researchers have reported that most incidents involving adverse effects from energy drinks among children go unreported, which means that the actual danger posed by such drinks is also uncertain.  Many advocate that energy drinks should be regulated much like tobacco and at a minimum, should contain warning labels.

Children with either known risk factors such as heart disease or underlying conditions like diabetes may be particularly disposed to harm from energy drinks.  If your child was injured from consuming an energy drink, you may have a personal injury claim.  Call the experienced attorneys at Snyder & Sarno, LLC for help with your case.