Senators Urge FDA to Make a Decision Regarding Power Morcellation 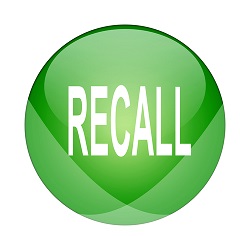 We have previously blogged about the recent controversy surrounding the use of a device called a power morcellator in women undergoing hysterectomies or myomectomies.  The device is used to break up tissue into smaller pieces so that it can be removed through a small incision.  The problem with the device is that researchers have recently discovered that it can spread cancer throughout the abdomen of the woman undergoing the procedure.  Because there is no test before a woman undergoes surgery to determine whether her uterine growths are cancerous or not, this can be a serious issue when the device is used in women where cancer is undetected.

As was recently reported by Democrat & Chronicle, Senators Kristen Gillibrand and Charles Schumer, both of New York, wrote to the FDA urging the agency to make a decision regarding power morcellators.  Specifically, the Senators asked the FDA to institute a voluntary recall of all power morcellators currently in the market.  While Johnson & Johnson has recalled its devices, not all manufacturers have followed suit.

As of yet, the Senators have received no response from the FDA.  They have stated that they plan to continue to contact the FDA and urge the agency to at least make some decision regarding power morcellators.  Some critics say that the FDA is stalling in order to allow researchers time to come up with a safe way to use a power morcellator.  However, because the FDA has issued no comment at all, it is unknown whether this is true or not.

Power morcellators have likely been used in numerous surgeries.  This means that many women could be at risk of having had cancer spread during their surgery.  If you or a loved one underwent a myomectomy or hysterectomy using a power morcellator, and suffered an injury as a result, you may have a medical malpractice and/or products liability claim.  The experienced attorneys at Snyder & Sarno, LLC can help you get compensation for your injuries.  Call us today at (973) 274-5200.