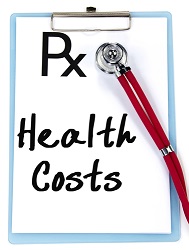 “Tort reform” is a traditionally Republican concept whereby the legislature attempts to eliminate “frivolous,” or baseless, medical malpractice lawsuits from the courts.  It is a legislative effort to eliminate defensive medicine and lower costs of healthcare. Defensive medicine is a practice where physicians may order diagnostic tests that may not be necessary or best for the patient, but are ordered so that the physician can protect him or herself from being sued later on if something goes wrong.

Other critics suggest that the strong support for tort reform comes from some legislators desire to limit malpractice suits in general.  However, in many cases, limiting malpractice suits generally will often have adverse effects on those individuals who have legitimate claims.  Those who have been injured may not be able to get the compensation they deserve.

If you or a loved one has been injured while undergoing surgery, you may have a medical malpractice claim.  If you need help with your case, the experienced attorneys at Snyder & Sarno, LLC can help.  Contact us today at (973) 274-520