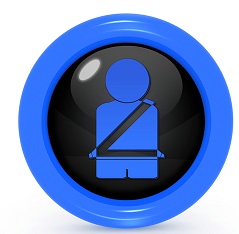 We have previously blogged about the National Highway Traffic Safety Administration’s (NHTSA) recent investigation into a defective ignition switch in numerous G.M. cars.  As the New York Times has recently reported, failure to detect the ignition switch problem is just one of the many “missteps” of the federal agency.

The article reports that NHTSA often only detects problems when it is too late, is hesitant to act, and often falls short when it comes to using the legal system to enforce its powers.  The New York Times investigation into NHTSA’s practices examined various reports from the agency regarding its past action in cases involving defective automobiles, as well as interviewed investigators from both the executive and legislative branches.

The investigation discovered that NHTSA is often deferential to the automakers when investigating a claim involving a defective car or car part.  They also spend the same amount of money on rating cars as they do investigating claims of defects.  In many cases, NHTSA had failed to investigate any claims until people had already been injured or killed as a result of alleged defects.  In one case, Japanese automaker Toyota “declined to respond” to a request by NHTSA as to the cause of an accident where a Toyota vehicle accelerated on its own into an embankment, killing a passenger.

In the current ignition switch defect scandal, the Times found that consumers had made thousands of reports regarding the defective part for years before NHTSA took any action.  Even after Congress passed legislation in 2000 attempting to give NHTSA more power over automakers, NHTSA has still failed to impose more stringent requirements on the carmakers.

The fact that NHTSA has failed to investigate car defects until people have already been injured in car accidents shows that there will likely be many more injuries sustained before anything is done to prevent them.  If you or a loved one has been injured in a car accident as a result of a defective part, you may have a products liability claim or a claim for personal injury.  The experienced attorneys at Snyder & Sarno, LLC can help you gain compensation for your injuries.  Call us today at (973) 274-5200.