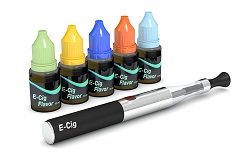 As we recently blogged about, the e-cigarette industry has become a source of debate for legislators.  In our previous blog, we spoke about Senate investigations into the sale of e-cigarettes.  Many senators disapproved of the practices used by e-cigarette companies to market their product, which include many tactics that appeal to young adults.  For example, e-cigarettes are sold in flavors that would appeal to teenagers, such as Chocolate Chip Cookie Dough.  Of more concern is the fact that there has been little research conducted on the effects of e-cigarette use, yet companies actively market such products in glamorized television and print advertisements.

While some experts say e-cigarettes are safer than other tobacco products, little research has been done on the topic, so there’s no saying how e-cigarette use can affect minors.  Opponents say young adults may actually become more addicted to e-cigarettes than many think.

The current debate over e-cigarettes may give rise to personal injury litigation similar to claims made against tobacco companies regarding the sale of traditional cigarettes.  If you have been harmed by e-cigarettes, cigarettes, or tobacco, the personal injury and medical malpractice attorneys at Snyder & Sarno, LLC can help with your case.  Call us today at (973) 274-5200.