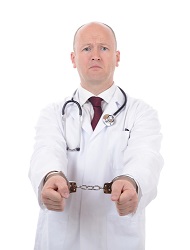 When we go to the doctor’s office, we trust that our physician is going to take care of us.  We expect that our privacy, and especially our bodies, will not be violated.  However, some individual doctors do not share these same expectations.

As recently reported by the New York Times, a gynecologist at Johns Hopkins Hospital, Dr. Nikita Levy, was secretly recording pelvic exams of women patients using a small camera hidden in a pen that he wore around his neck.  After a female co-worker suspected the doctor of unethical activity, she reported him to her superiors.  The doctor committed suicide in February 2013, 10 days after he was fired by Johns Hopkins for his grossly unethical behavior.  Criminal charges were not filed, and investigators reported that they did not believe the doctor shared the nearly 1,000 images taken using his hidden camera.  Nevertheless, the doctor’s actions have still had a profoundly negative impact on the women whose privacy was violated.

Many of the women have suffered from problems at work and in their personal lives, sleeplessness, and distrust of the medical system as a result of the breach of privacy.  Johns Hopkins has sincerely apologized for the injury that Dr. Levy caused, and moreover, has hired independent consultants to investigate the matter in preparation for a lawsuit.  Johns Hopkins ultimately agreed to pay $190 million in a settlement to compensate the victims.  Experts have reported that the settlement amount is one of the largest in the history of medical malpractice cases.  Pending approval of the settlement amount by the Circuit Court, the victims should be adequately compensated.

If you or a loved one have been similarly harmed by a medical practitioner, you could receive compensation for your injuries.  The medical malpractice attorneys at Snyder & Sarno, LLC can help.  Contact us today at (973) 274-5200.