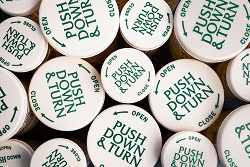 We recently blogged about the dangers of e-cigarettes.  Not only do e-cigarette manufacturers potentially target young adults, but there is also growing concern that the liquid nicotine used in e-cigarettes could also be harmful to young children.

We have grown accustomed to childproof caps on most drug containers.  From prescription drugs to over-the-counter pain relievers, such as Motrin or Advil, all containers contain difficult-to-open caps so that if they were to get into the hands of young children, no harm would result.  Liquid nicotine containers, however, contain no such childproof cap, and thus, could potentially endanger a child who comes in contact with the poisonous liquid.

Senator Bill Nelson (D-Fla.) recently introduced a bill that would require liquid nicotine bottles to be childproof.  The bill, dubbed the Child Nicotine Poisoning Prevention Act, is an attempt to prevent the recent increase in nicotine-related poisonings among young children.  The number of nicotine-related poisonings has nearly doubled, up to 1,500 incidents reported in the past year, according to the American Association of Poison Control Centers.

Senators who support the bill, including Sen. Tom Harkin (D-Iowa), have concluded that it is “common sense” to have childproof caps on liquid nicotine, which is “highly-toxic.”  Other senators, like Sen. Dick Durbin (D-Ill.), have remarked that liquid nicotine is “poison,” especially noting the candy-flavors of many e-cigarettes.

If your child was harmed by liquid nicotine, or some other drug, you may be able to receive compensation for his or her personal injury.  Contact the experienced attorneys at Snyder & Sarno, LLC today for help with your case. Call us at (973) 274-5200.