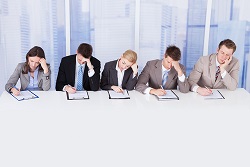 We recently wrote a blog post about the potential dangers involved in laparoscopic surgery for women who undergo removal of uterine fibroids, or small tumor-like growths around the uterus.  To that end, the FDA has recently convened a panel regarding the surgical procedure’s dangers.

Laparoscopic power morcellation is minimally invasive surgery designed to remove uterine fibroids.  The process, however, has been criticized for possibly spreading undetected cancer throughout the abdomen of the patient.  While the risk of spreading cancer was previously thought to be minimal, it has recently been revealed that about 1 in 350 women undergoing the procedure could be in danger.

At the FDA’s two-day meeting this past week, it questioned a panel of obstetricians and gynecologists about ways in which the risk of cancer-spreading during laparoscopic surgery could be minimized.  The panelists were not confident that there were any solutions to minimize the risk of cancer-spreading.  Some doctors use specimen bags during laparoscopic procedures to catch pieces of possibly cancerous tissue.  However, the panelists reported that doctors use specimen bags mainly because of “intuition,” rather than any evidence that they minimize risk.  The panelists also noted that screening women for cancer before performing laparoscopic surgery is also an unhelpful option because modern technology used to screen usually cannot distinguish between uterine fibroids and cancer.

The FDA has not yet announced any regulations that it will enact regarding laparoscopic power morcellators, but will likely consider the opinions of the panelists in making any decisions.  Until then, it has urged physicians to avoid the use of power morcellators when performing myomectomies, or the removal of uterine fibroids.

Injury caused by a power morcellator could lead to medical malpractice litigation.  If you or a loved one has been injured after undergoing a hysterectomy or myomectomy using a laparoscopic power morcellator, the experienced attorneys at Snyder & Sarno, LLC can help you get compensation for your injuries.  Call us today at (973) 274-5200.