Phillip C. Wiskow is the managing partner of Gelman Gelman Wiskow & McCarthy LLC. He has 34 years of experience handling cases involving medical malpractice, products liability and personal injury. During his career, Phil has successfully litigated more than a dozen cases that resulted in more than $1 million in damages. He has also tried more than 125 jury trials to completion in both the state and federal courts. Phil is licensed in New Jersey and Florida and has tried cases in California and Florida, in addition to New Jersey.

Phil is certified by the New Jersey Supreme Court as a Civil Trial Attorney. Less than two percent of all trial attorneys in New Jersey have earned this distinction. Certification involves a rigorous application process that requires lawyers to demonstrate a high level of experience and knowledge in civil law, successful completion of a written examination and recognition by peers as having superb litigation skills and a solid reputation for professionalism and ethics.

A LAWYER RESPECTED BY HIS PEERS

Since 2009, Phil has been repeatedly chosen to the Super Lawyers’ list — an honor bestowed on less than five percent of all attorneys. In 2014 and 2018, he was selected to the Super Lawyers’ Blue Ribbon Panel that helped select the state’s Super Lawyers. In 2009, the New Jersey Association for Justice — the largest group of trial attorneys in the state — asked Phil to argue an important case before the New Jersey Supreme Court. This was his second appearance before the Supreme Court in 2009. In 2011, the National Trial Lawyers Association selected him as one of the Top 100 Trial Lawyers in the State of New Jersey. In 2013, Phil successfully argued his third case before the NJ Supreme Court and made “new law” in the area of ski safety. In 2016, Phil Wiskow broke a 65 year old firm record by settling thirteen (13) cases for over $200,000.00. In the last five years, he has resolved over 50 cases for at least $200,000.00. This year, the National Academy of Personal Injury Attorney’s named him one of the Top 10 Trial Attorneys In New Jersey. 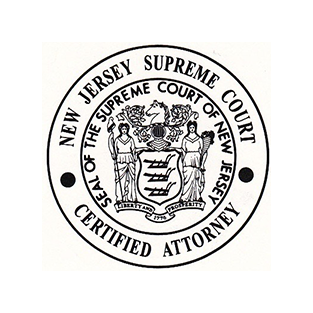 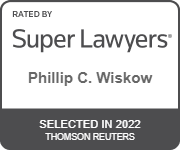