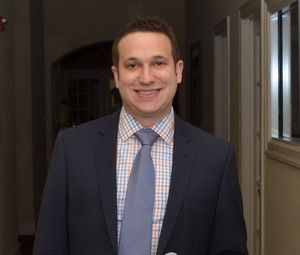 Paul File joined Snyder, Sarno, D'Aniello, Maceri & da Costa in 2021 specializing in all aspects of personal injury law including automobile accidents, fall-downs, pedestrian accidents, product liability, and medical malpractice with a mission to advocate for his clients. He is a proud member of the Bar of the State of New Jersey, New York, as well as the District of Columbia.

After earning his degrees, Paul continued his classroom success in the courtroom where he amassed considerable litigation experience in areas such as personal injury, medical malpractice, workers compensation, and commercial litigation throughout New Jersey and New York. As a result of his strong litigation skills, Paul was elected the litigation attorney for the Borough of Sayreville in New Jersey and was asked to defend the township against numerous suits. In addition to working for top North Jersey firms, Paul was a successful partner at Kravis, File & Wurgaft, P.C. for several years, where he could maximize his talents in a quest to best serve his clients.

Paul has recovered millions of dollars from insurance companies and corporations for his clients who were injured at no fault of their own throughout his career.   Paul has dedicated his career to guiding his clients through the complicated litigation process and providing compassion, education, and the diligent service they deserve.

While attending law school, Paul held the lead chair in Syracuse University’s Moot Court & Trial Team, served as Vice Justice for Phi Alpha Delta law fraternity, and was an elected member of the University’s Judicial Board. During this time, he had the privilege of interning for the Honorable Judge Paul W. Armstrong, J.S.C., and for the Honorable Michael Kaplan of the United States Bankruptcy Circuit.

Paul is an avid sports fan and currently lives in Boonton, New Jersey, where he enjoys spending time with his family and three dogs.