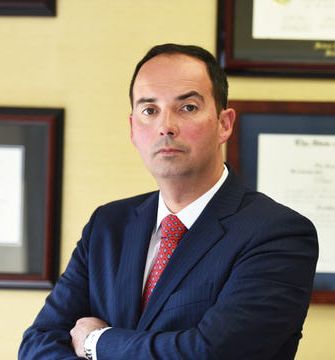 Paul M. da Costa, Esq., is a partner at Snyder Sarno D’Aniello Maceri & da Costa LLC, and he is the head of the firm’s Medical Malpractice/Personal Injury Department.  He is a certified civil trial attorney by the Supreme Court of New Jersey.  The New  Jersey Law Journal has selected Mr. da Costa as a finalist for the 2022 New Jersey Legal Awards "Attorney of the Year." In their profile article, "Paul da Costa Harnesses 'Immense Power to Cause Change' as a Trial Litigator", the New Jersey Law Journal described Mr. da Costa as a "formidable litigator" and noted that he was selected as a finalist for "his high-impact - and high-profile -work." In 2021, Mr. da Costa was appointed by the Supreme Court of New Jersey to a three-year term as a member of the Board on Attorney Certification, Civil Certification Committee.  Mr. da Costa is a member of the American Board of Trial Advocates (ABOTA) and a Fellow of the Litigation Counsel of America. He has been admitted to practice law in both the State of New Jersey and the District of Columbia. The National Law Journal selected Paul M. da Costa and his Medical Practice Department for its prestigious 2022 Elite Trial Lawyers Awards in the medical malpractice category.  In 2023, Mr. da Costa was invited to be a member on the Seton Hall School of Law's Board of Visitors.

Mr. da Costa has also been selected for inclusion in Woodward White’s The Best Lawyers in America. Specifically, he was selected in 2020 for the field of Personal Injury Litigation - Plaintiffs, and in 2021-2023 he was selected in the fields of Medical Malpractice Law - Plaintiffs and Personal Injury Litigation - Plaintiffs.   Mr. da Costa has been included on Thomson Reuters’ New Jersey Super Lawyer list from 2017 - 2023, Thomson Reuters' New Jersey Super Lawyers Top 100 list in 2020 - 2022, and Thomson Reuters’ New Jersey Rising Stars list in 2008, 2010 - 2016.  He is on the Board of Governors for the New Jersey Association for Justice (NJAJ). Mr. da Costa regularly lectures on the topics of medical malpractice, trial techniques, and strategy.  He dedicates his practice to protecting the rights of all individuals that have been wronged through no fault of their own.

Mr. da Costa has substantial experience handling high-profile cases that garner media attention on a national, state, and local level. His cases have been covered by numerous media outlets, including Time, CNN, MSNBC, ABC, CBS, Star-Ledger, Bergen Record, The Huffington Post, USA Today, The Washington Post, The Wall Street Journal, New Jersey Law Journal, VICE News, NJTV News, AP news, New Jersey 12, CBS radio, The New York Times, and others.  He has a unique ability to offer his clients the care and compassion needed during their difficult times while simultaneously providing aggressive legal representation in the courtroom, in the media, and in the legislature. 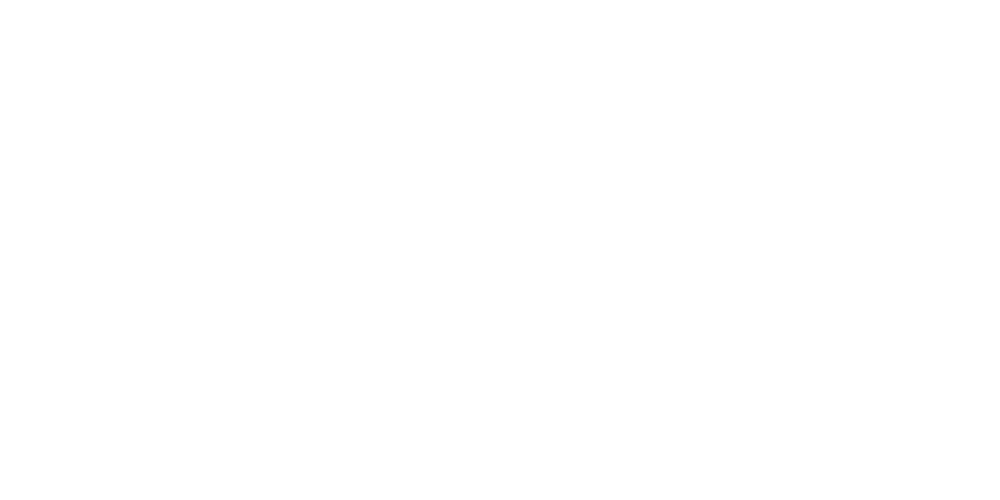 When our firm takes on high-profile cases, we realize the opportunity and responsibility of not only giving victims a voice but making the best of an otherwise horrible situation. These cases allow our team and our clients to make a difference. They allow us to bring about a change for the better so someone in the future may not have to suffer the same fate.
Learn More About Our Expert Team

Throughout 2020, 2021 and 2022, Mr. da Costa was representing numerous families and staff members that have fallen victim to COVID-19 inside of nursing homes, such as the Veterans Memorial Homes at Menlo Park and Paramus. His representation of the veterans and their families included testifying before the New Jersey Legislature. Mr. da Costa ultimately obtained settlements totaling $44 million for his clients.   Many articles from prestigious news outlets were published about this monumental achievement including ones featured in the New York Times,  NJ.com, News 12 New Jersey, NorthJersey.com, Newsweek, and NBC Philadelphia.

In addition, Mr. da Costa also represented many of the families and children that were victims of the Adenovirus outbreak at The Wanaque Center for Nursing and Rehabilitation in late 2018.  As part of his representation of the victims of the Adenovirus outbreak that claimed the lives of eleven children, he testified on behalf of his clients before the New Jersey Senate Health & Human Services Committee.  His testimony on behalf of his clients and their children was described by a columnist for the North Jersey Record/USA Today Network as having spoken:  “eloquently on their behalf.” His zealous advocacy on behalf of his clients resulted in a $6.2 million settlement.

Through his tenacious and diligent advocacy, Mr. da Costa makes it his priority to “right the wrongs” that have been forced upon his clients. Mr. da Costa is not afraid to take cases to trial because he is a firm believer that pursuing the truth through litigation will prevent potential future wrongs.  Mr. da Costa has obtained seven-figure trial verdicts and settlements for his clients, including an $8.5 million and $4.5 million jury verdicts in surgical error cases, as well as a $1.5 million trial verdict in an OB/GYN case.  His most recent seven-figure settlements include a $6.2 million nursing home infection outbreak case, a $1 million cancer recurrence case, a $3.2 million anesthesia medical malpractice case, a $1.6 million settlement at trial in failure to timely diagnose case, $1.275 million settlement in failure to timely diagnose case and $1 million settlement at trial in emergency medicine malpractice case. He also settled a $2.5 million case against New Jersey Transit ("NJT") where his client was a pedestrian struck by an NJT bus.

In 2023, Snyder Sarno D'Aniello Maceri & da Costa LLC was ranked in the 2023 U.S. News - Best Lawyers® "Best Law Firms" Regional Tier 1 - New Jersey list in 6 practice areas including personal injury and medical malpractice.  In 2022, Mr. da Costa and his team were recognized as having two of the top 20 largest personal injury awards in the state of New Jersey as ranked by New Jersey Law Journal's Personal Injury Top Awards 2022. In 2018, Mr. da Costa was recognized for his work when the New Jersey Law Journal listed Mr. da Costa three times on their list of Top 20 Settlements and Verdicts. In 2017, Mr. da Costa received recognition for his accomplishments while securing two spots in the New Jersey Law Journal’s Top 20 Personal Injury Awards of the Year. His cases landed him in the 6th and 17thspot for the year. Earning him 6th place was a case of unnecessary surgery that a Monmouth County court awarded $8.5M. The 17th spot was awarded in the case of spinal surgery complications leading to a $4.5M verdict in Union County. In 2019, TopVericts.com listed one of Mr. da Costa and Mr. Devinney's cases amongst their list of top 50 Verdicts and Settlements in the United States for a $3.25 million anesthesia malpractice case. The list is comprised of cases filed either in a state or federal court, as well as those settled prior to commencing a lawsuit. More information regarding the list can be found here.

Mr. da Costa is a 2003 graduate of Seton Hall University’s J.D. / M.A.D.I.R. joint-degree program, a collaboration of the School of Law and the School of Diplomacy and International Relations. He obtained his undergraduate degree from Rutgers University, Rutgers College. Mr. da Costa has also successfully completed the trial advocacy institute administered by the National Trial Advocacy College at the University of Virginia School of Law. 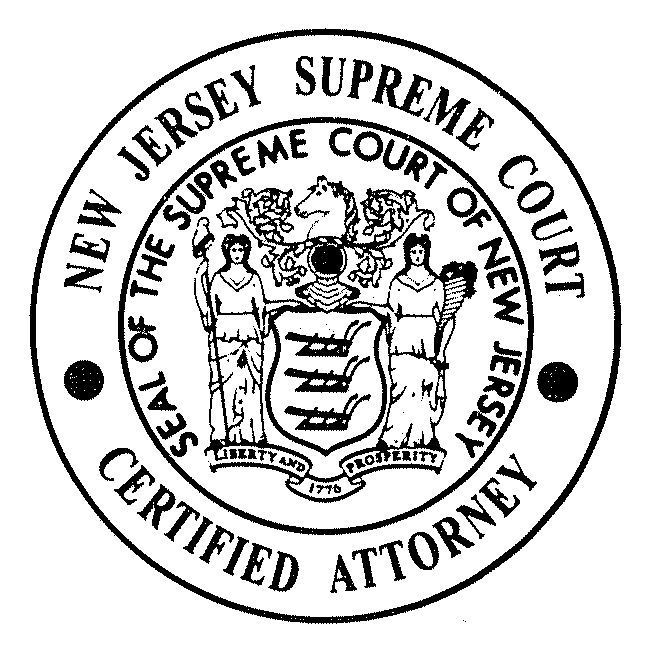 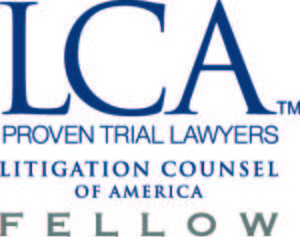 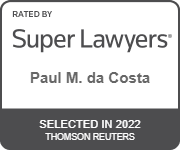 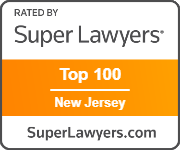 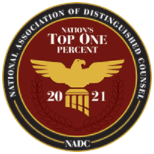 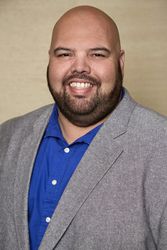 How is ADR used in family law vs. civil law matters and what is the difference? Read more.

20th Annual Medical Malpractice Update: What Effect, if any, Does the Affordable Care Act have on Life Care Plans? Read more.

Civil Trial Advocacy Do’s and Dont’s: Tips for the Novice (May 2017). Read more.

What Awards and Honors are Permissible on Your Law firm Website: How to Comply -Ethics Seminar-Boardwalk Seminar 2022. (April 2022) Read more