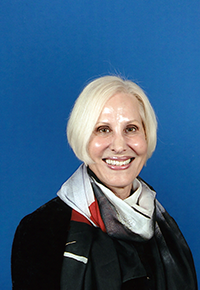 Linda Schofel has been a family law attorney for more than 30 years, including more than 20 years as a partner at her previous firm: Newman, McDonough, Schofel & Giger, P.C. In March of 2022, she moved to Snyder Sarno D'Aniello Maceri & da Costa to join their family law division as "Of Counsel.”  She has Masters Degrees in Rehabilitation Counseling and Social Work.  Ms. Schofel is also a Licensed Clinical Social Worker (LCSW) and is collaboratively trained.  She is a trained mediator for domestic violence matters in the New Jersey pilot program. Her background, training, and experience in individual, group, and family therapy together with her degree in law led her to serve as a family and divorce mediator.  Out of her dual background, she has developed an award-winning reputation as a fair, patient, thoughtful, and resourceful parenting coordinator and guardian ad litem for children and adults. Ms. Schofel has been working with the courts in matters pertaining to families and children in various capacities since 1973, including serving as a court-appointed therapist and forensic social worker, as well as directing the Adolescent Assessment Team at the District Court in Somerville, Massachusetts. She also maintained a private therapy practice in Cambridge, Massachusetts.  Ms. Schofel’s level and scope of achievement have resulted in appointments from judges in Bergen, Essex, Hudson, Hunterdon, Middlesex, Morris, Passaic, Somerset, Sussex, and Union County Superior Courts to serve as a Guardian Ad Litem and/or as a Parent Coordinator where she has served with distinction.  She has appeared in court on numerous occasions, including an argument before the Supreme Court of New Jersey. Among her many honors, Ms. Schofel has been included by Super Lawyers for the years 2007 through 2019.  In 2009, she was named as among the top 50 New Jersey women attorneys.

Her expertise has also been recognized by numerous invitations to speak on matters pertaining to parenting law, including appearances as a:

Linda Schofel was also featured in numerous other speaking engagements at seminars, symposiums, county bar association meetings, and on radio and television.

Ms. Schofel has also written extensively about parenting and the law. Among her articles:

The Role of the Parenting Coordinator

The Role of the Guardian AD LITEM

She has earned a BV® Distinguished™ Peer Review Rated by Martindale-Hubbell® listing for her professionalism and ethics. 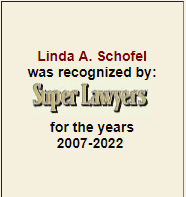 **No aspect of this advertisement has been approved by the Supreme Court of New Jersey.