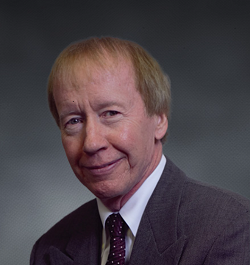 Dennis is a vastly experienced New Jersey personal injury attorney and a Senior Partner at The Donnelly Law Firm. Over the course of his 35+ years in practice, he has earned numerous million- and multimillion-dollar results on behalf of clients who were severely injured due to the negligence of another person, company, or entity and has received immense recognition from both his clients and his peers.

Dennis is a distinguished member of the Inner Circle of Advocates, an organization described by The Washington Post as “a select group of 100 of the nation's most celebrated trial lawyers.” Membership is determined through a rigorous invitation-only process, in which experience, reputation, judicial references, and peer evaluations are reviewed and assessed.

Dennis has also been selected for inclusion in the New Jersey Super Lawyers® list every year it has been published from 2015 through 2019) in the fields of personal injury, medical malpractice, and product liability. He was also named as Medical Malpractice or Personal Injury Lawyer of the Year for 2012, 2014, and 2016 by Best Lawyers®.

In 2001, he was given The Civil Trial Attorney Achievement Award from the Essex County Bar Association and also received the Pioneers Award from CCJ, The Consumers for Civil Justice, for his work in securing justice for consumers injured by bad products or bad medicine. In October of 2015, Dennis was awarded the 2015 Trial Attorneys of New Jersey Trial Bar award.

In 2022, the Northern New Jersey chapter of the American Board of Trial Attorneys awarded Dennis with the first ever “Jack Wurgraft Award” in recognition of his notable contributions to the plaintiff’s bar. Created in loving memory of the late Jack Wurgraft, the inaugural award was presented to Dennis for his superior trial skills and serves as a reflection of the respect he’s earned from both his peers and various members of the bench. As ABOTA so aptly describes him, Dennis is “a gentleman practitioner who gives back to the practice,” and this award symbolizes the admirable work he’s accomplished throughout his career.

Dennis’ innovative and successful trial strategies have also been cited in some of the leading textbooks on trial practice such as The Rules of the Road in Medical Malpractice cases.

Dennis has been recognized by the National Law Journal, as well as by his peers locally and nationally, as one of the best plaintiff's personal injury attorneys in New Jersey. He is a past president of the Northern New Jersey chapter of the American Board of Trial Advocates (ABOTA) and also the past president of the most exclusive group of plaintiff's trial attorneys in the country, the Inner Circle of Advocates. Today, he remains on the Board of Directors for The Inner Circle of Advocates.

Dennis also recently served on the Board of Directors of the Attorneys Information Exchange Group, the only national association of lawyers who share information and strategy to successfully hold car manufacturers accountable for unsafe designs which kill and injure motorists every year. He is also regularly asked to lecture around the country on trial advocacy topics and has published articles on medical malpractice and product liability.

A LEGACY OF MULTI-MILLION-DOLLAR VERDICTS

Dennis regularly tries complex cases to outstanding verdicts in his two areas of special interest: medical malpractice and unsafe, dangerous products. In an age when most personal injury cases resolve in settlement, Dennis has successfully tried ten cases to jury verdicts over $1 million in the past ten years.

In the last fourteen months Dennis has tried three complex medical malpractice cases lasting more than one month each to successful multi-million-dollar verdicts in North, Central and South New Jersey. He has also settled more than 30 cases for more than $1 million at the same time. In the area of birth injuries, he has won all six cases he has tried to verdict in New Jersey, with one case resulting in a $14 million verdict. He has also won a verdict for failure in prenatal diagnosis in New York State for $3.6 million, which was the subject of a New York Times Magazine feature.

As a result of his extensive medical knowledge and experience with genetic issues in medicine, Dennis has been invited to conduct continuing medical education lectures to residents and practicing OB's on how to provide proper prenatal screening, and has also been invited to speak on medical-legal topics to doctors and lawyers in Holland, France, and Great Britain.

Dennis is known for his extensive and remarkable knowledge of case law in medical malpractice and product liability, and his skill in these legal areas makes him a valued instructor for New Jersey and National Continuing Legal Education groups. During the last five years, he has been asked to give more than 20 lectures in seminars across the country and New Jersey on topics including wrongful death, medical malpractice, crash-worthy vehicle claims, products liability, and using the internet to substantiate medical negligence. Dennis was also appointed as a member of the New Jersey Supreme Court's Committee on Model Civil Jury charges for over ten years.

Dennis says that his frequent lecturing means that he is continually perfecting his craft. "Teaching any subject well means that you have to be on the cutting edge,” according to Dennis.

In seminars throughout the United States—as well as in Montreal, London, Paris, and Amsterdam—Dennis has lectured to doctors and lawyers on electronic medical records, safe medical care, and the use of the internet and computer presentations to expose negligent care and negligent practices. He has helped hundreds of other plaintiffs’ lawyers prove substandard medical care and defects in car design. Dennis also regularly publishes articles in national legal publications on medical malpractice and trial tactics, as well as on failures in prenatal diagnosis and design defects which make cars dangerous and unsafe.